MAN CAN DO BOTH

THE WORST AND THE BEST.

Eduardo Srur has begun his career as a visual artist with painting and since 2002 has started investigating new medias such as photography, sculpture, video, performance, installation and urban intervention.

His current production is characterized by temporary exhibitions in public space that alter the landscape of the city and question the social system in a critical and humorous way.

He is the creator of works as ‘Anchor’, in Monumento as Bandeiras, ‘Bandit Bull’, at the Cow Parade, ‘Kayaks’ in the Pinheiros River, and ‘Angels Camp’, in Women’s Hospital, in Sao Paulo, among other works.

Srur carried out works in public spaces and cultural institutions in Brazil and abroad. He participated in exhibitions in France, Switzerland, Spain, Holland, England, Germany, Italy and Cuba.

It also offers to the new generations a closer contact with the universe of contemporary art. The urban intervention promotes greater engagement with the art world and proposes to transform the daily lives of thousands of individuals in each exposure. When designing interventions, Srur breaks the limits of the art system andexpands the presence of art in society. 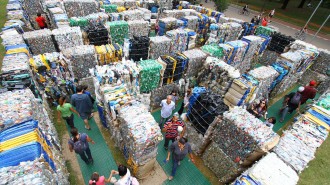 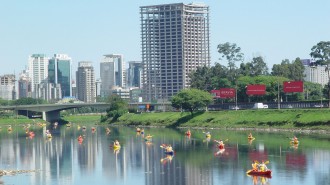 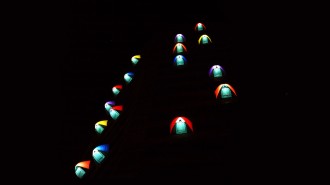